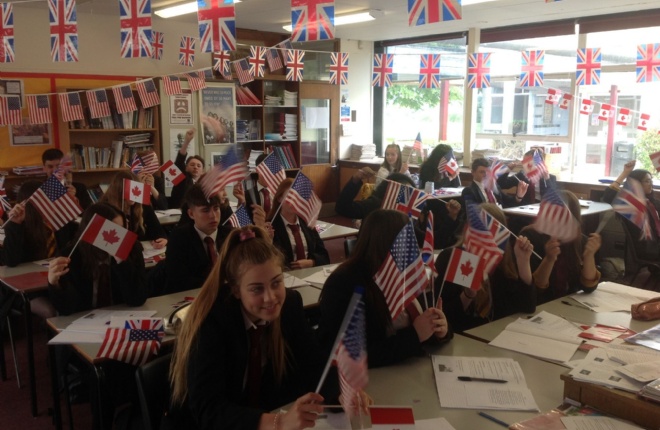 In the lead up to the 75th  anniversary of the D-Day landings the History department have been helping students in years 8,9 & 10 to find out more about the event.

They were lucky enough to see a first hand account from a relative of one of their teachers. Miss Garrett’s Great Uncle, Vic Garrett was in the Royal Navy and was involved in delivering tanks and troops to Gold Beach during the landings.

'In year 8 we have been studying D-day. As I am sure you are aware the 75th Anniversary of the landings in Normandy was on Thursday, 7th June.

In history, all classes have spent two lessons learning about this historic event. The first lesson we spent watching snippets of films to find the answers to questions we were set.

In the second lesson we were fortunate enough to ave the opportunity to see a video of Miss Garrett’s Great Uncle, Vic Garrett, who shared his experience of being in the Navy during World War II with us. It was a very emotional video because of the way he described his experience; it was a very clear description. Vic was 14 when he was evacuated from his home in East London.

We also all had the opportunity to write him a letter.' 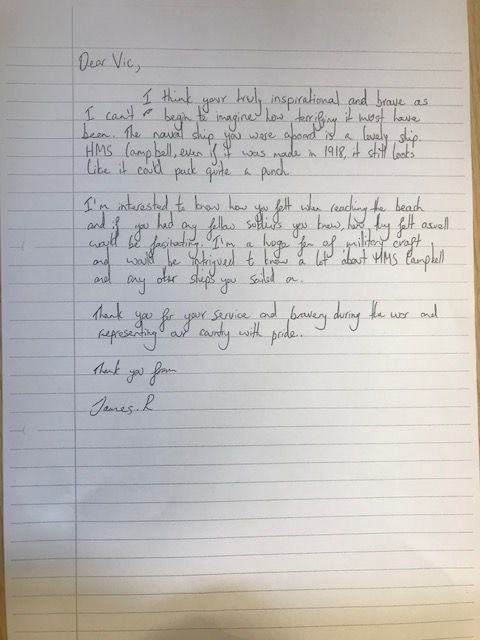 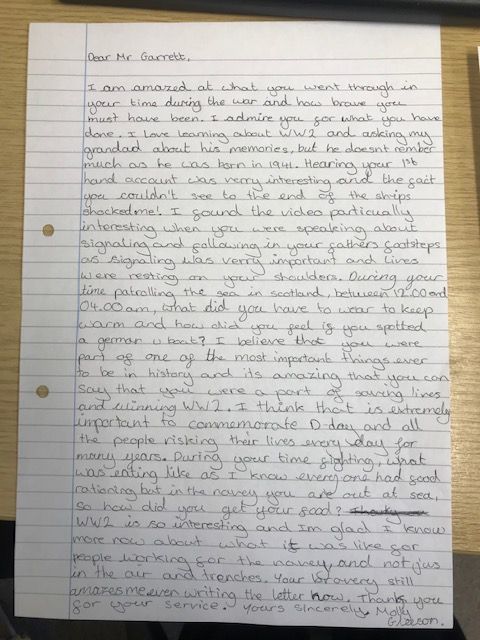 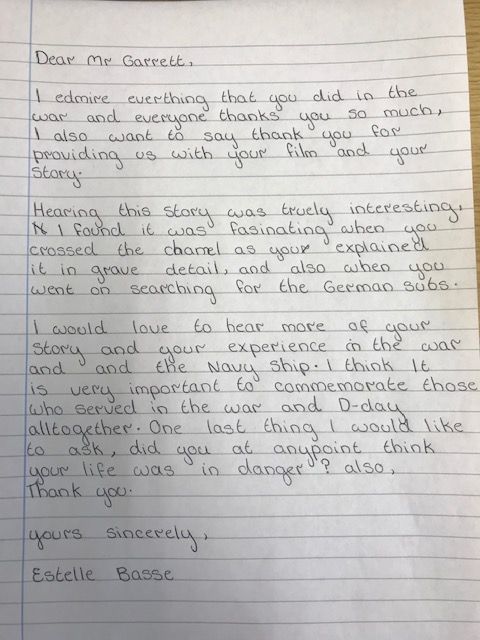