This year’s Remembrance was special as it marked the centenary of the Armistice. Year 8 students have started learning about the Great War earlier than usual and below are some articles about what they have been learning. We are delighted the poppy garden project encouraged over eighty students to engage with their ancestry and find out more about their relatives who fell in past conflicts.

On the 11th November 2018 we commemorated one hundred years since the end of World War One. At Marlborough we remembered by having a poppy garden outside of Aristotle to not forget who we lost 100 years ago. Students from Year 7 to Sixth Form contributed by collecting information about a relative that died during the Great War, or other conflicts, to put in the garden. I collected information about my great great grandma’s brother, Harold Travers Dore. I learnt lots about him including his date of death (27/09/1918), his job (milk boy), where he died in France and so much more. This has given me an insight into what the soldiers who fought and died for us went through.

In Year 8 History lessons we have been learning about the causes of the war. We looked at some propaganda posters showing us why some soldiers joined the army. One poster encouraged men to sign up just so they could tell their children an interesting story when they got back! It shocked me because it was implying that every man would make it back home and live a normal life. This did not happen to most of soldiers though as millions were injured psychologically if not physically.

In class, when we were talking about our relatives who took part, people were shocked to hear the age of some of the men who went to war. I asked my classmates what their opinions were on the topic and they said it was interesting and enjoyed learning about the fourteen soldiers from St. Stephen’s Parish who died. We contributed to St Stephen’s exhibition by writing about ‘the fourteen’ on a red poppy explaining to visitors how important remembrance is.

Recently the school created a poppy garden to commemorate the centenary of the First World War. Year 12 Product Design students helped and they were displayed outside Aristotle. 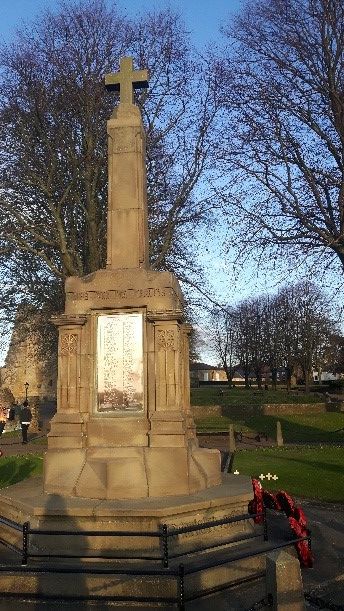 did not know whether anyone in my family had served in the First World War so I decided to do some research. We were going to see my grandparents in the half term so I decided to ask them. It turns out that my great great uncle was a private in the British Army and died during the war. My Grandma gave me a photo of him. His name is on a plaque on the war memorial in Knaresborough, Yorkshire. Whilst I was visiting my grandparents there, I went to see the memorial myself.

His name was Tom Stott. He served in the 18th Battalion of the West Yorkshire Regiment. We found this information out on the Commonwealth War Graves Commission (CWGC) website. We also know that he was wounded in France and died at home on May 22nd 1917 from wounds sustained on May 11th 1917. He was aged just 21.

The house he lived in was 4 Victoria Avenue, Scriven, Knaresborough, Yorkshire. His dad was a green grocer and the house is still there today. We searched for the Scriven on the internet and found a local history website which had photographs of residents, including one of the Atkinson family from just after the First World War. We recognised this surname from the list in the newspaper article of people who attended the funeral. We compared the initials and remarkably, they were the same people in the photo! They were Tom’s uncles, aunts and cousins. My Grandma is still in touch with her cousin Peter Atkinson.

I found all this information out with just one lead. In fact when I rang up Grandma to see if she had any more information to give me it turns out that I knew more than she did.

By Sylvie Parfitt 7AT 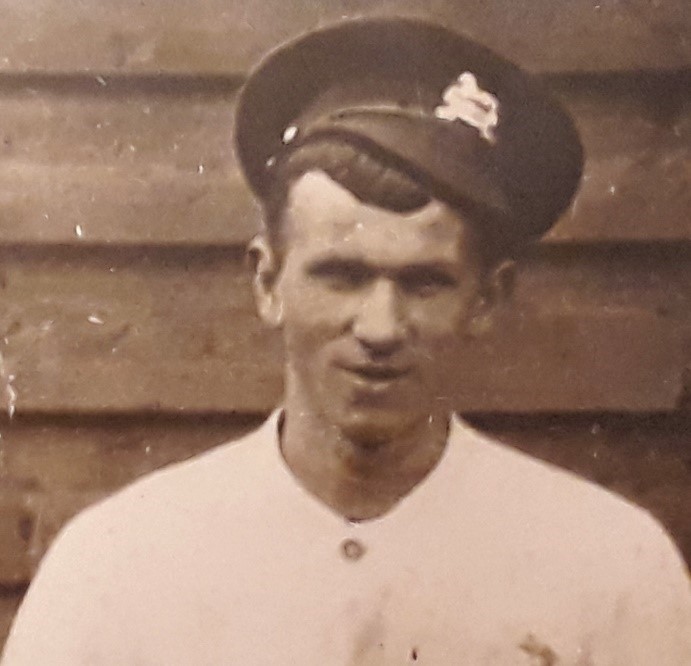 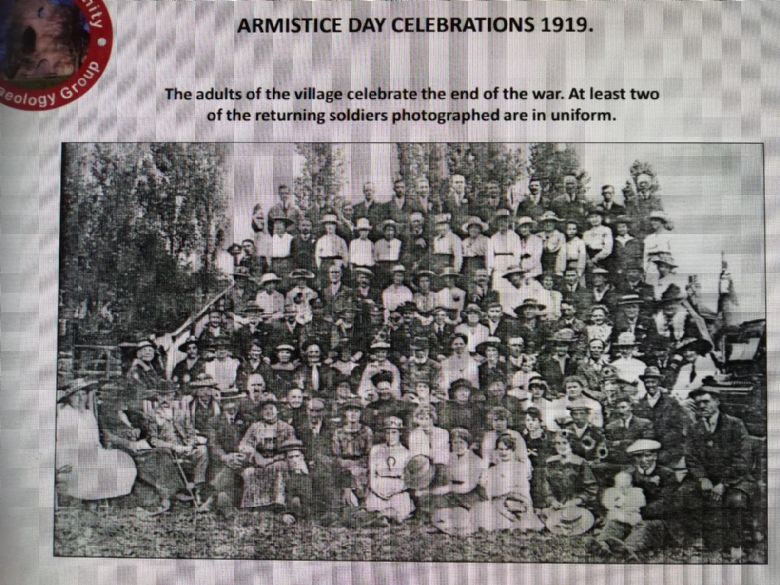 The causes of World War One are very intricate and complex for a small news article, so I’m going to shorten the explanations. These reasons contributed to the start of the ‘war to end all wars’.

Britain, Germany, France, Russia and Austria-Hungary were large and powerful empires.
They were arguing about many things, and competing for lots of reasons. They all wanted to have more land to add to their expanding empires. Scrambling for power, no one wanted a friend or foe to be more powerful. There was also the arms race, mainly between Germany and Great Britain.

The arms race was about strength, power and money. When Britain spent money on weapons, suddenly the Germans did as well. It kept going for a while which was later a problem within the war as well as after. In the end Britain spent the most.

The Kaiser of Germany became very jealous of Great Britain’s territories and aimed to make Germany the world’s most powerful empire. This then led to struggles within alliances, as the more land and power one empire gained, enemies wanted to match this.

At this stage, Germany was struggling to become the most powerful country. Everyone in Europe was on the edge of their seats, prepped for a war. If you think about the War as a fire, we have the wood, but we still need that spark to start the fire. That spark was an assassination.

In 1908, Austria-Hungary added Bosnia - a neighbouring country - to its growing empire, however Bosnia wanted to be part of Serbia, who was happy to have them.

A Serbian group known as The Black Hand Gang decided that they’d help Bosnia, and “set them free” from Austria-Hungary. One of the members, Gavrilo Princip, ended up shooting Archduke Franz Ferdinand, the ruler of Austria-Hungary, as well as his wife Sophie. The killing was the spark needed to start the war. Austria-Hungary then gave an ultimatum to Serbia after the assassination, which led to their declaration of war. Russia stepped in to defend Serbia when Germany started to help Austria-Hungary. Because France was allies with Russia, Germany attempted to invade France through Belgium. However, Britain declared war on Germany and Austria-Hungary because they were allied to Belgium.

Chaos then broke out as World War One begun!

Why did Britain declare war on Germany?

“THE WAR TO END ALL WARS”

The most straight forward answer to this question was the assassination of the Archduke Franz Ferdinand of Austria-Hungry and his wife Sophie who were shot by Gavrilo Princip in Sarajevo.

He was a member of the Black Hand gang (a group of Serbian nationalists). They did this because they didn’t like being under the control of Austria-Hungary and sought independence for their country.

The events that led up to the assassination are significant. Historians believe that the merging of all the major powers, that had developed into two separate alliances, the Triple Entente (Britain, France and Russia) and The Triple Alliance (Germany, Austria-Hungry and Italy) were partly to blame for the descent into war.

After the assassination of Franz Ferdinand these countries came together to support and aid one another.

The war then led to other countries joining. The United States, Australia, India and most African colonies joined the Allies. 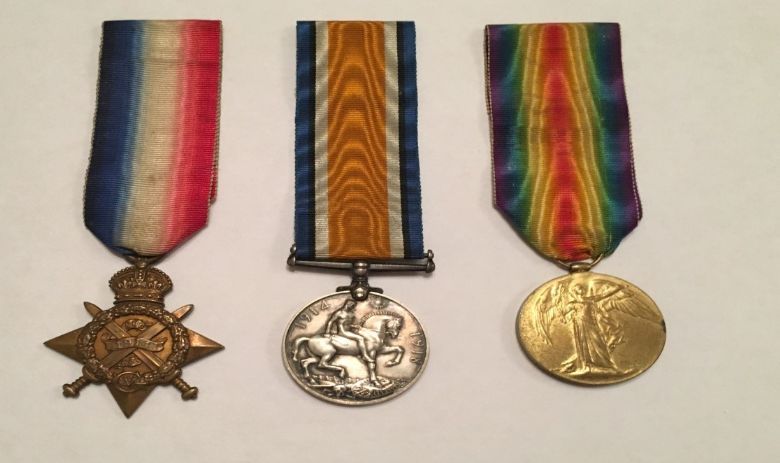 He was one of the lucky ones and survived.