Well done to Saturn House who won the Pumpkin Carving Competition for the second year running.

On Friday 25th October the LRC was a hive of activity at lunch time as staff prepared their pumpkins. As usual it was a hard fought battle and there was some controversy over the judging but Saturn House came out on top with their foaming creation. It was a great way to end the first half term of the academic year! 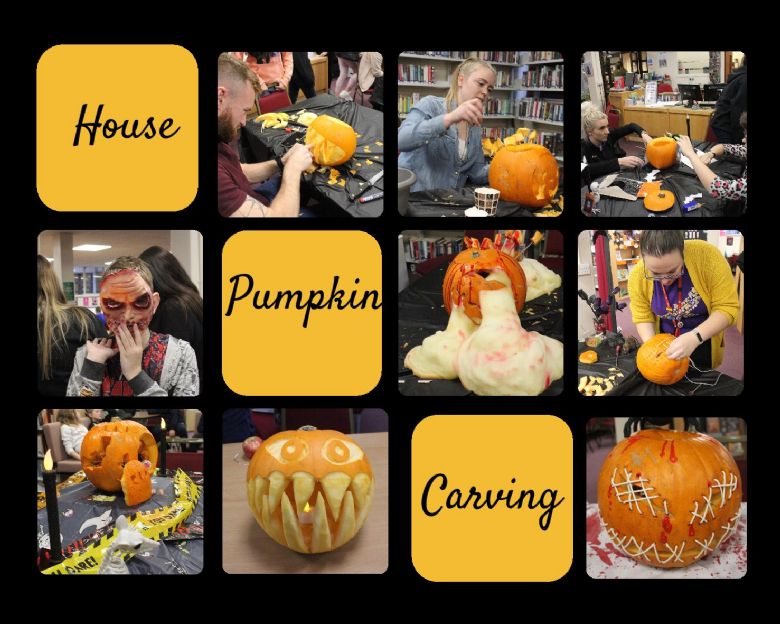